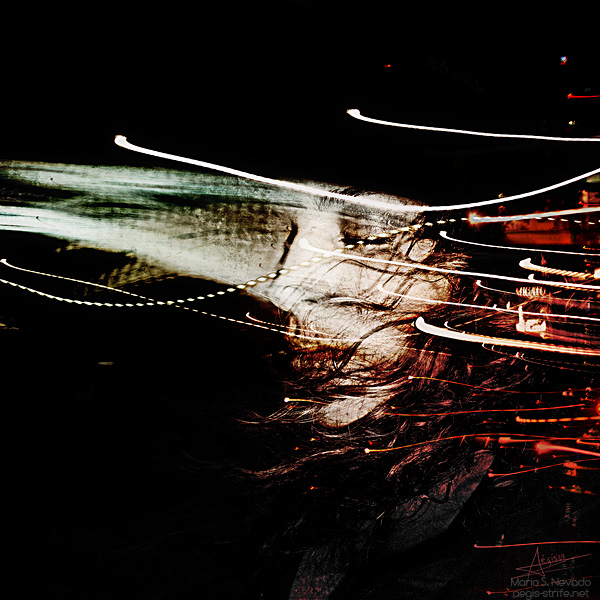 Last night I went out with Kid A for a walk, and I grabbed my camera since it’s been an ethernity from the last time I took some photos with it. It was so dark in the city, and I am still tripod-less to shot at low-light levels, so I took some lighting effects using long exposure shots. The last time I did that, as I remember, was in the summer of 2007. It was funny but battery was almost empty so I couldn’t take much shots. When we returned home, I started to edit some pics I shot to some mannequins (I have always wanted to make something with mannequins but it seems the right moment has not arrived yet), so I added some of those lighting effects, long-expositions shots I took. It looked very good, but you know how this works sometimes, so almost “accidentaly”, to try out some things, I added a portrait pic of my model and close friend Alba Navas, took in 2007. The result was great, so I forgot about the mannequins (there will be time for them in the future for sure) and started to compose what you can see under this text.

Something simple. Something that speaks in uncertain ways 🙂