A deserved update to all of you: Aégis is alive.

What's been happening in the studio during the last year?

Well, hello everyone! I don’t know if after all this time being on hiatus there might be anyone out there still reading this blog, but just in case, I’ve been feeling with the obligation to update you all for quite some time regarding my current situation and therefore explaining the lack of updates on this blog, my portfolio and my general life, so to speak.

It’s been six (SIX!) months since the last update here… that now that I mention it, it was a complete failure, ha! But let me explain first.

I have been working as a freelance artist for 12 years now. I remember receiving my first commissions when I wasn’t even halfway through my degree on Fine Arts. The first years were great: lots of inspiration and energy for both my personal and commercial projects. I was poor but very happy about the outcomes of my creativity. Then I went through some very difficult years later on. I even had to ask for monetary help to my followers in deviantArt back in the day because some guys broke in my flat and stole all my equipment (I will never be thankful enough for what you guys did). Then some very, very f*cked up years followed. I was grazing poverty and had to move to the worst apartment I have ever had, but slowly, commissions started to appear more often and eventually I moved to Madrid. There followed some golden years, both personally and professionally. I created some of my most well-known illustrations and started to work for Hysterical Minds and Adobe. The recognition for my work was awesome worldwide: Oscars, Cannes, Sundance, an Emmy Nomination, exhibitions in the MoMA and Guggenheim museums… Couldn’t ask for more, that was x1.000 times more than I ever expected or even wanted for. Those old times started to look like a bad dream.

I’m telling you all of this so you can take that as a historical/artistic context of what happened next. In November 2015, at the peak of my career, I felt completely exhausted and consumed. I was working like 16 hours a day. Maybe 3/4 of that time was used to deal with clients, mailing, according new licenses, doing legal stuff, signing contracts, replying to interviews via phone or Skype. I was exhausted when I was able to reach the computer to paint at night. My brain was dry. When I was able to have some free time for myself, the last thing I wanted to do was to work on my own personal projects. I found out that each time I had to work on a new commission, I ran out of ideas very easily. I was tired and bored of doing the same kind of stuff all over. Sure, you know me because of my digital illustrations, but that’s maybe half of my overall artistic production of which I don’t talk about here or anywhere for that matter. I’ve been recording videos, writing, even recording an album, doing photographic projects… damn, I ever performed in some theatrical plays and Operas! I never released any, publicly, as it was very clear for me that what people wanted from me were my illustrations. Fair enough. But that was taking 101% of my time. Couldn’t handle it any longer, so I had to part ways with myself somehow.

Then I decided cut with everything. I left the one who had been my partner in crime for many years and the model of a bunch of my artworks, moved to a new flat and right after bought a bunch of flight tickets. I decided to took a sabbatical year. I visited many places all over the world seeking for refreshment, new ideas and inspiration. Needed to get out of here, discover new cultures, meet new people and live new experiences that could fuel my creativity when I’d decide to come back to the studio, which happened in September, 2016, almost a year later. As far as I can say, 2016 was the best year of my life, on which ironically, I wasn’t able to finish any new illustrations besides a couple of light commissions that appeared between trips. Anyway, it was time to come back to the studio and start kicking asses again.

It was funny when I started to brainstorm for new personal projects. I felt the same feeling I had before I decided to leave. My brain was still fried and couldn’t think with clarity. It was boring me to death to start doing the very same thing that consumed me. I was needing to try new things, even if that was a very big risk, considering that a change of style could send my followers and prospective clients away from me, so I focused myself on that new direction on my free time and decided to do the usual stuff with my new commissions. After all, my possible clients were going to ask for lookalikes of my most well known illustrations such as Deliberation or Betrayal, so I went for it.

In January, as a solution to this issue, that was becoming bigger and bigger in my head, I started the Weekly Challenge. The ideas was to propose a topic each week and illustrate it before the week could finish. I was expecting to gain again my own flow by not thinking that much in the outcome or the composition and such. The first month was a success. The second month things started to fall off around me. The doctors spent almost two months looking for a skin cancer on me, and even if luckily enough, it wasn’t there in the end, it consumed myself. I received some terrible news regarding my family on the other side of the country. A natural disaster occurred and they lost everything. I had some other major personal problems. Things started to be very, very f*cked up, so I wasn’t able to finish (or even start) new illustrations.

The storm gradually disappeared and I ended up completely mixed up and confused about everything. Taking “advantage” of the few client work I’ve had lately, I’ve been trying to focus on myself, my personal work and other issues. I started to record an album, and built a very humble sound studio here. I decided that I’d limit myself to just draw avoiding any contact with the complex procedures of my previous body of work. I’ve came to the conclusion that maybe, and just maybe, if I start from the very beginning, the learning curve will lead me somewhere near where I left it, but with renewed energy and will to keep on painting or photographing. I don’t know if that will ever happen, but it’s my bet right now. I have started to draw just simple portraits, still-lifes and random sketches. I’m willing to start doing stuff with real paint soon just to remind myself how it feels. I’m publishing the best ones on my social media channels, so you may have seen some already 🙂

To be honest, I feel quite lazy and apathetic these days. It’s been now like 9 months since I came back trying to get out of here (plus the two years of being completely burned up), and I’m not feeling 100% confident on the ways and solutions I’ve been trying to improve this situation… But I know that this will get better eventually. This process will take long, so please, bear with me. Since I won’t be working on big personal projects at the moment (or so I think right now), you can be updated of this very wild experiment on my career on my Instagram, Facebook and Twitter accounts.

I’ll try to keep this blog up to date with the new features of my work on the following months (a documentary, a short film, few new licenses on stores , some magazines and of course there are a couple of albums packagings that have to be released yet).

Oh, and don’t worry about me not creating in the same style as before: This wall of text doesn’t mean that. It just means that I need some more time and space, that’s all. I will keep on working on it on my commercial projects meanwhile, for sure! I still have some unpublished mixed media pieces from 2016, so you can expect a few surprises, too (and I’m open for next semester commissions, so if you’re interested save your spot now!) 🙂

I guess I just needed to get this off my chest, since if you’ve been following me and have been paying attention, you may have noticed that things were not going as usual around here. I’m going to disappear for a few weeks to visit two special places for me (Barcelona and Euskadi), grab some more strength and take those damn pencils with enthusiasm at last. As a token of this promise, I’m leaving with you here the last few handful of finished illustrations I’ve created in the last 5 months and some sketches of new pieces. 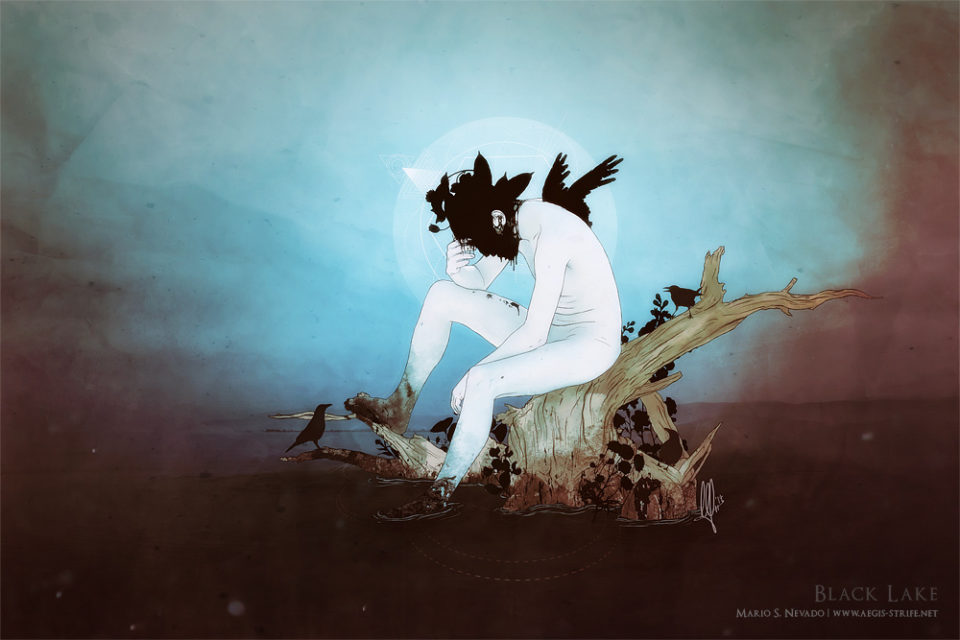 With all of this being said, it’s time to start finding myself again with the brushes in my hands. Let’s see what happens.
I’ll be more active on my social media channels, so if you haven’t already, feel free to take a look over there from time to time 🙂

See you all around!
Love;
Mario.