I have been busy with this image for some weeks now. I finished it some days ago. Yeah, it is far from my usual style and looks like an advidsory image but I like its sense of humour… I just wanted to make something more real with flying people all around… nothing too complicated just… flying people  (:

It’s about nothing in particular, very random, but I had this idea in mind for some time and I tried to create the finished piece with a very clean and photographic look without losing much tones of my palette, and this is the result.

Right now I have finished a new piece like 5 minutes ago, for the new Exceeds release after 2 years of silence! It will be posted as soon as the pack gets released (it should be, if everyone finishes their pieces in time, around mid-January). 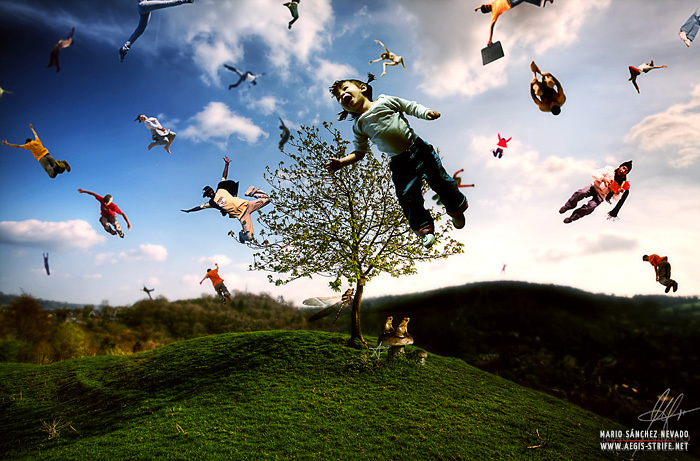