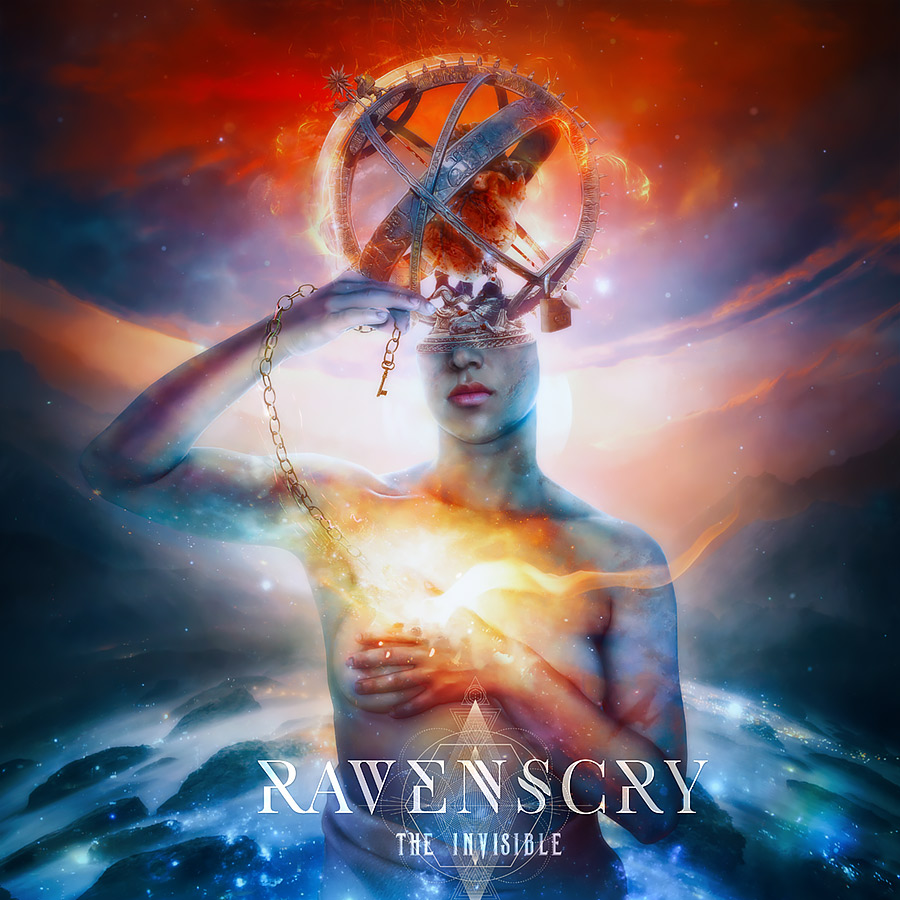 Concept, Branding, Artwork and Layout for the album “The Invisible” by Ravenscry.  Modeled by Raquel Rodríguez del Álamo. Full artwork to be released in February, 2017. In words of the band:

The Invisible talks about a young library assistant, Coral, who lives and works in a small town in Colorado; but she is not born there, she grew up in an orphanage. Coral spends all her day between books and archives, that is probably because it is her passion, but also because she is not that great in communicating with other people. One day she finds a book with a peculiar picture, which reminds her of distant memories. From this moment on her life changes, because she starts a journey, inside and outside herself, without knowing where this will bring her and without knowing what she will find at the end of it. A risky trip, which could lead to nothing… or to everything.

It is a complex journey, as you can see also from the tracklist, which takes place among full songs (in bold), interludes and words written by the characters of the story. It is a plot that has to be listened in its fullness to be completely understood.

The librarian talks about Coral

The director of the institute talks about Coral

The single extracted from the new album will be Oscillation; it will come with an official video, which will be shot in mid-December with Max Valerio, eclectic and visionary director and photographer (http://www.maxvaleriophotographer.com/).

The artwork of The Invisible has been designed by Mario Sànchez Nevado, also known as Aègis Strife (http://www.aegis-strife.net). He is an illustrator and a storyteller, he has in his curriculum exhibitions at the MoMa and at the New York Guggenheim, but also many other international rewards of his work.