Hello, buddies! And yeah, it’s been a while since I wrote something around here, so let’s see… First off, happy super belated 2017! I hope you started the year on good foot, not like yours truly, who’s been facing some very very weird s**t lately 😀

I wanted to create a “2016 Year in Review” like I have been doing these latest years (here’s 2015 and here’s 2014, if you missed them), but honestly, 2016 was a very quiet year for the studio since I took a sabbatic break that lasted most of it, although I caught up in some commercial projects (most to be released, ‘though). Nothing much on the personal side was created, so I decided to move forward as there were not much material to start with. On the other side, 2016 was my best personal year ever so I can really complain. I even got it tattooed on my wrist.

I took such a long break to travel around the world and seek inspiration. It was fun, dangerous at some points but above all, very pedagogic. But when I came back home in between trips, inspiration decided not to come and I’ve been facing a whole year art-block plus the one I was carrying from before. Luckily, this doesn’t happen to me when there’s a briefing in between while working on client work, but I was a bit worried about my personal opus, so I decided that if freedom and discovery didn’t start the spark, discipline and hard daily work would have to be then, so I decided to make 2017 the year of the weekly challenge: Every week I will be releasing a new illustration based on an open concept, that can be either be picked by me or from any of the suggestions that you are sending me through social media (or in the comments below! :D).

My goal is not to create marvelous pieces, obviously a week is not much time, considering I have commissions and personal life, but this gives me the chance to create with less constraints, as I won’t need to justify every single stroke of each piece to the statement that my regular personal works has inside. So I’m not tied to talk about the same topics or show the same aesthetics that I usually put into my work: I feel totally free to mess up everything, as long as I keep on creating and re-discovering how my brain and my hands work altogether… So it doesn’t matter if the end result of some artworks is low. The goal is to keep on working. Eventually, that will lead me somewhere.

The first month is finished and today I completed the fourth illustration of the month. I may not be able to complete the full series of 54 pieces, but by now the thing looks good! There is not much to say about the final illustrations, except there can be seen some sort of progression about a very abstract story that goes from a very zen beginning to a more tense conclusion. I think this project will be nice to keep track of things around me like a diary does. 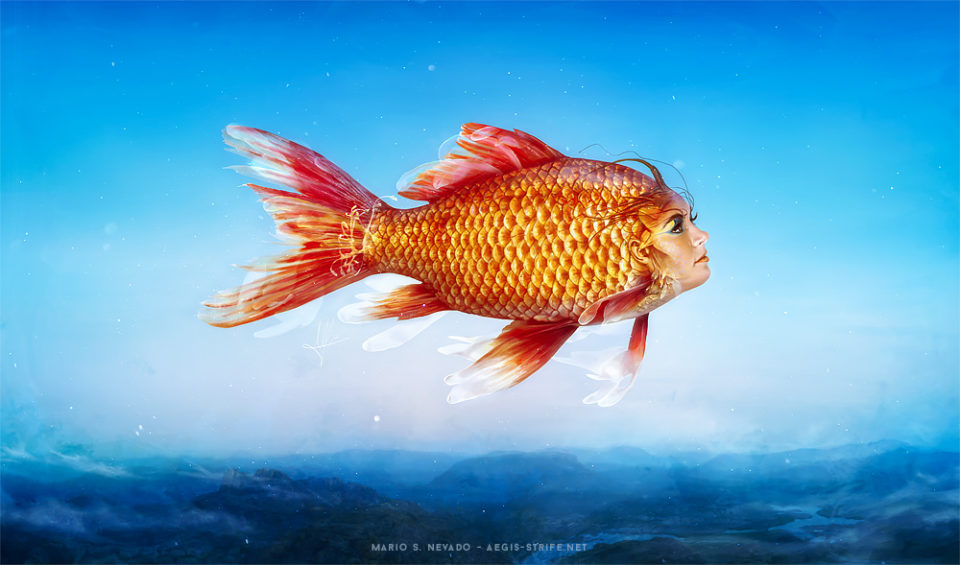 Well, that’s it for now regarding this matter. Some very nice commercial projects I worked on during 2016 are about to be released, so I expect to show you new stuff soon… and I’m also in the hopes of revamping this site, but hey, my days have 24 hours as well! 🙂

Please, pay me a minute of your time and leave your suggestions for future weekly challenges in the comment section below, I need fuel for the engine! Thank you!