A film by Filip Malinowski with music by Nils Frahm.

Some months ago I was contacted by Filip Malinowski for the making of the promotional theatrical poster of his documentary “Guardians of the Earth”, which had also the participation of Nils Frahm on the soundtrack, and people such as Al Gore, Donald Trump or Arnold Schawrzenegger making appearances throughout the running time of the film. 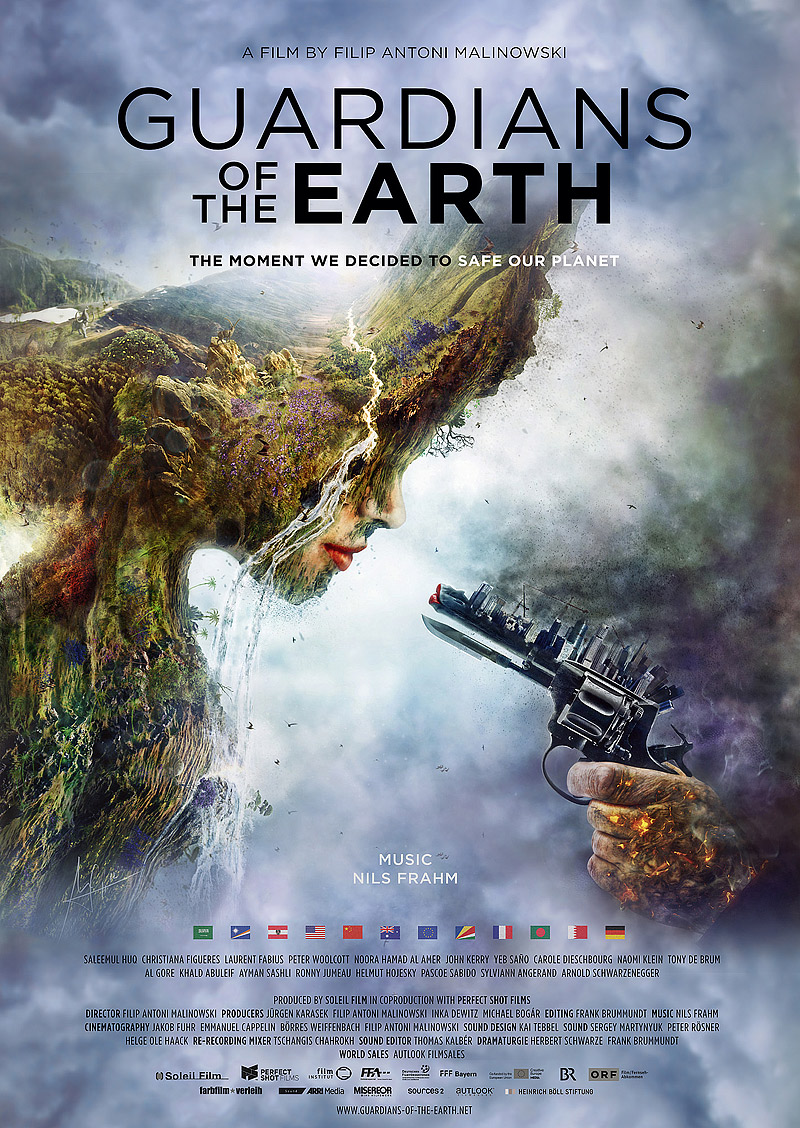 Guardians of the Earth Poster

After 21 years of continuous failure in UN climate change negotiations 195 nations, 20.000 worldwide negotiators meet at a private airport shielded by the military in the north of Paris for a last attempt to save our planet. Behind closed doors these delegates have to agree on the first global climate change agreement that shall operate for the next decades and be a milestone in multirateral diplomacy. An agreement that will impact each human on earth, born or unborn. A negotiation that will decide if we as a species can survive.

“Guardians of the Earth” shows the battle towards this monumental agreement through the perspective of major players as the head of the UNFCCC, the fossil fuel exporting countries and the most vulnerable states to climate change.

Unreleased footage gives insight into the process behind closed doors and reveals the conflict of a globalized society: the dilemma between solidarity versus national self-interest – a fight between economic growth and massive loss of lives. As sea levels keep rising, glaciers are melting, heat-waves, droughts and Super-Typhoons become more frequent – time is running out to act – climate change is our reality.

While showing the complex progress to the final success of the agreement, the film also exposes the crucial question for the viewer: Can mankind unite to challenge the biggest threat of our times?

The film will hits cinemas in winter 2017. Stay tuned!