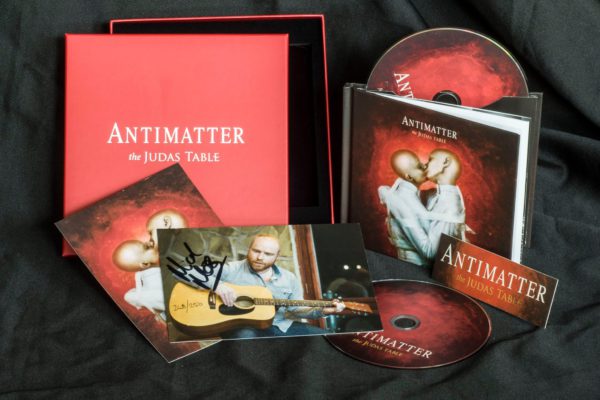 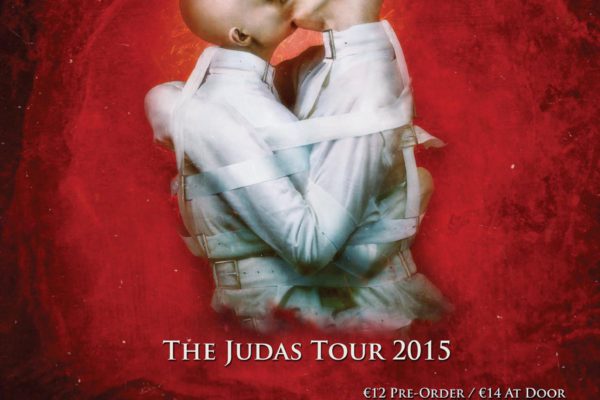 Illustration by Aégis, design by Prophecy.

In the words of Mick Moss, the mind behind Antimatter, “‘The Judas Table’ is a concept album exploring the residual bad energy left in the psyche after falling in and out of a relationship with a toxic personality, and also examines the driving force behind betrayal, lies and manipulation…”

This was the main concept I worked from while creating the cover for the 6th studio album of the band. Mick gave me also the base idea of two genderless humans that should look like embracing and kissing each other, but on a closer look, the skin of their mouths should be blended and the embrace itself should be caused by a trap of two straitjackets.

Extremely far away from the usual abstract and minimal visual concepts that Antimatter has been showing and using since their formation in the late 90’s, the cover artwork caused a commotion in the band’s fanbase, splitting it in two for a couple of main reasons: the aesthetic distance from previous covers and the core concept, that seemed to be extremely grotesque for some – I even got the same response from my own fanbase, so this artwork remains as my most controversial piece to date, which came as a surprise both for Mick and for me!

Bonus info: Antimatter is one of my all-time favourite bands, so my participation in this album is a milestone in my artistic career!