Special Edition Poster for the award-winning film by Paco Ruiz. 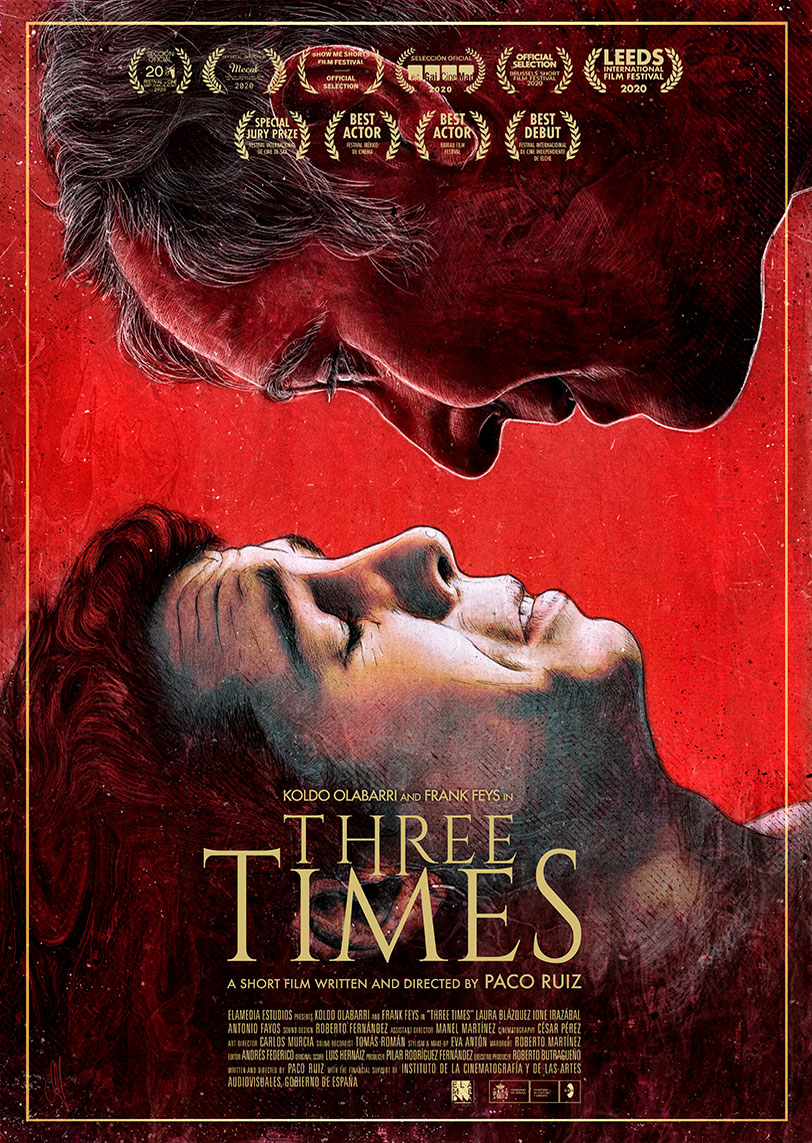 Art direction and illustration for the poster of the short-film “Tres Veces (Three Times)” written and directed by Paco Ruiz. After a festival selection spree and winning several awards, the director commissioned me to create a special edition of the poster. The movie is about online dating and rape, so I decided to go for a raw drawing style, using only black, white and red colors.

The original idea was to use water as a main ingredient for the poster conception. The villain in the film asks for a glass of water, and this item becomes a key centerpiece in the narrative later in the story. From there, we agreed on having the upper character (the villain) with a dripping effect over the victim. Therefore, I drew both main characters on digital and then used two methods for the texturing: First, I printed a copy using an inkjet printed and showered it with water for the first texture. For the second, I transferred the ink to a canvas using latex transfer. Then, everything was scanned and assembled digitally. In the end, we decided to make the effect way subtler than we planned because the end result was too dirty. Final layout was designed by Paco Ruiz and myself. 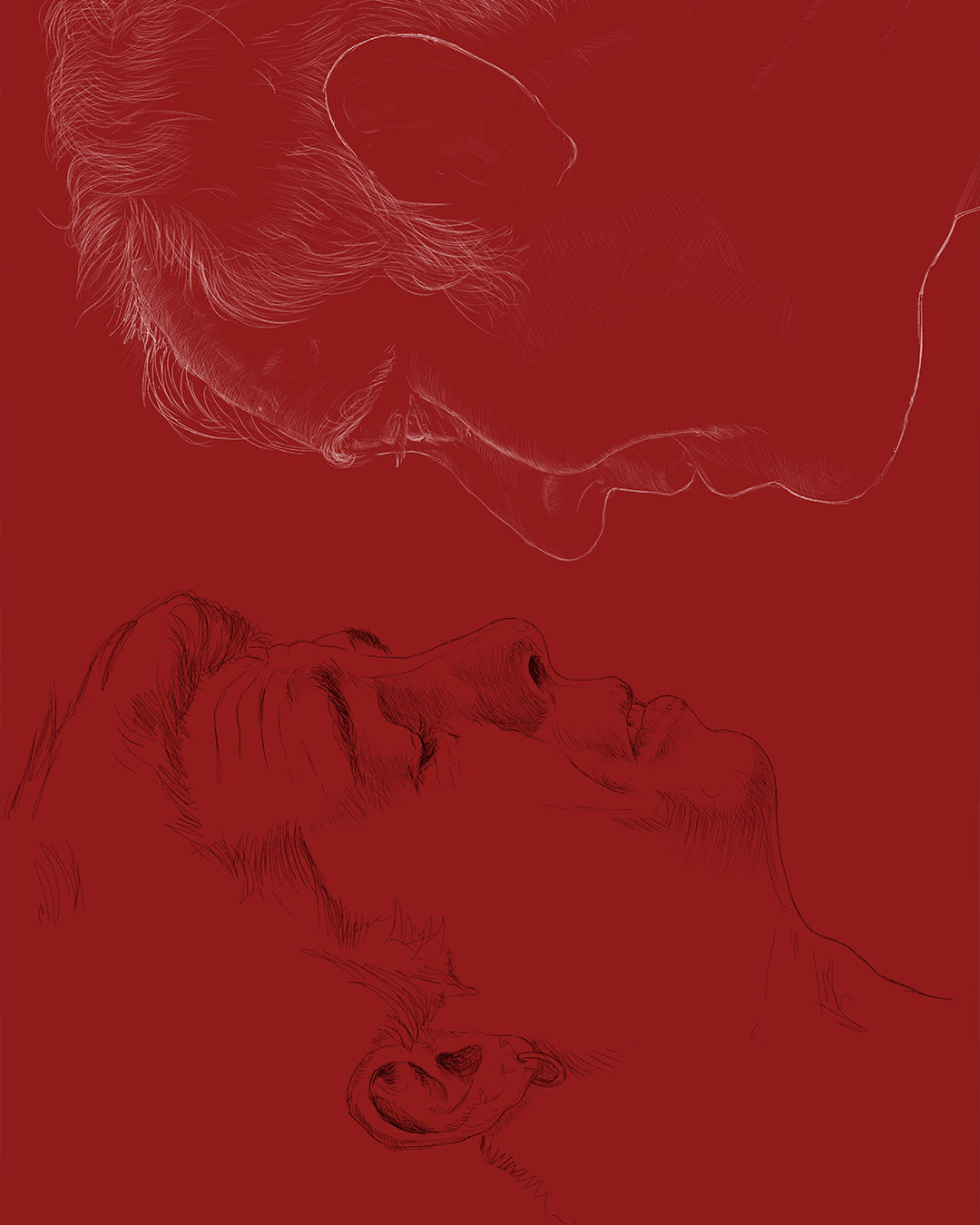 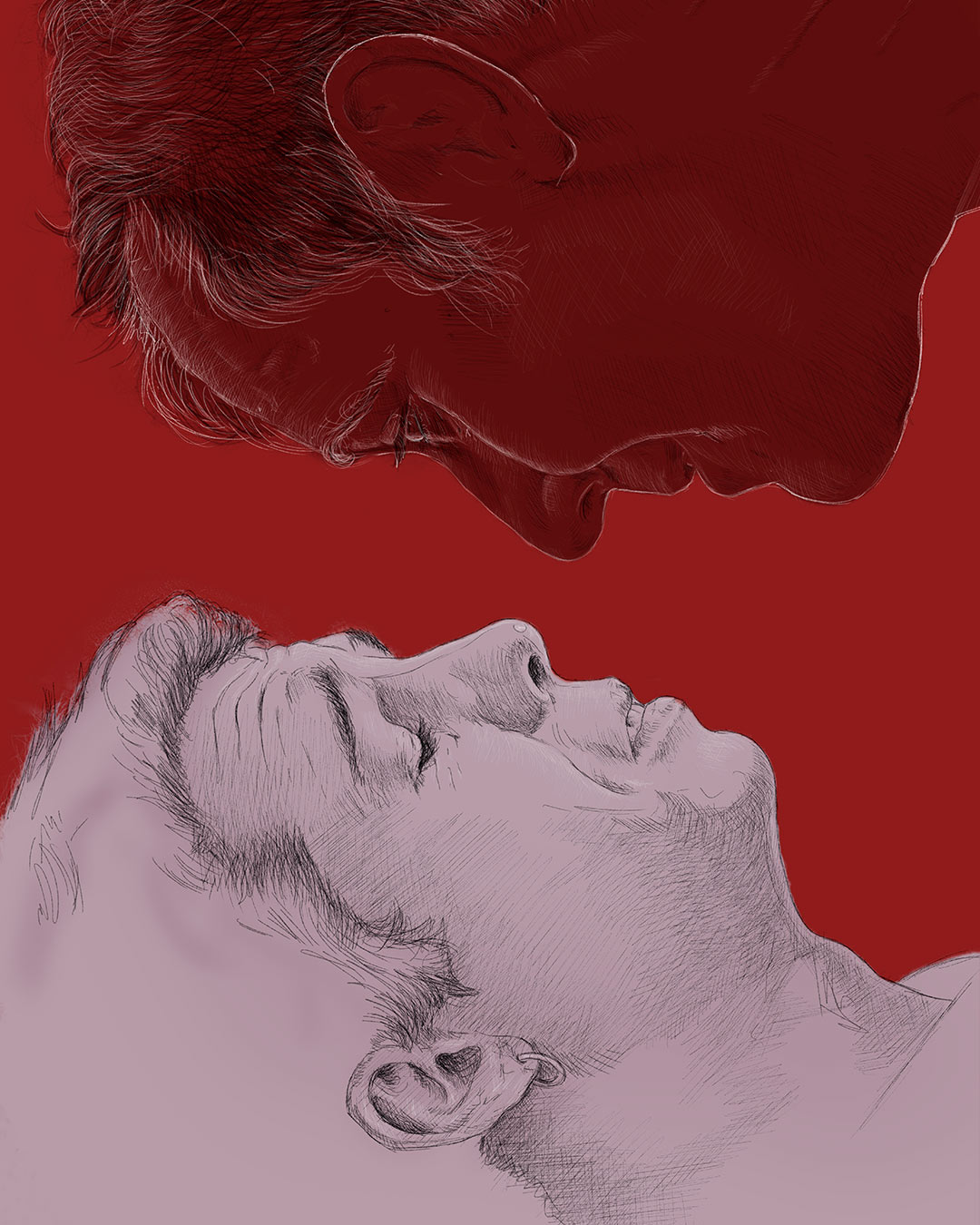 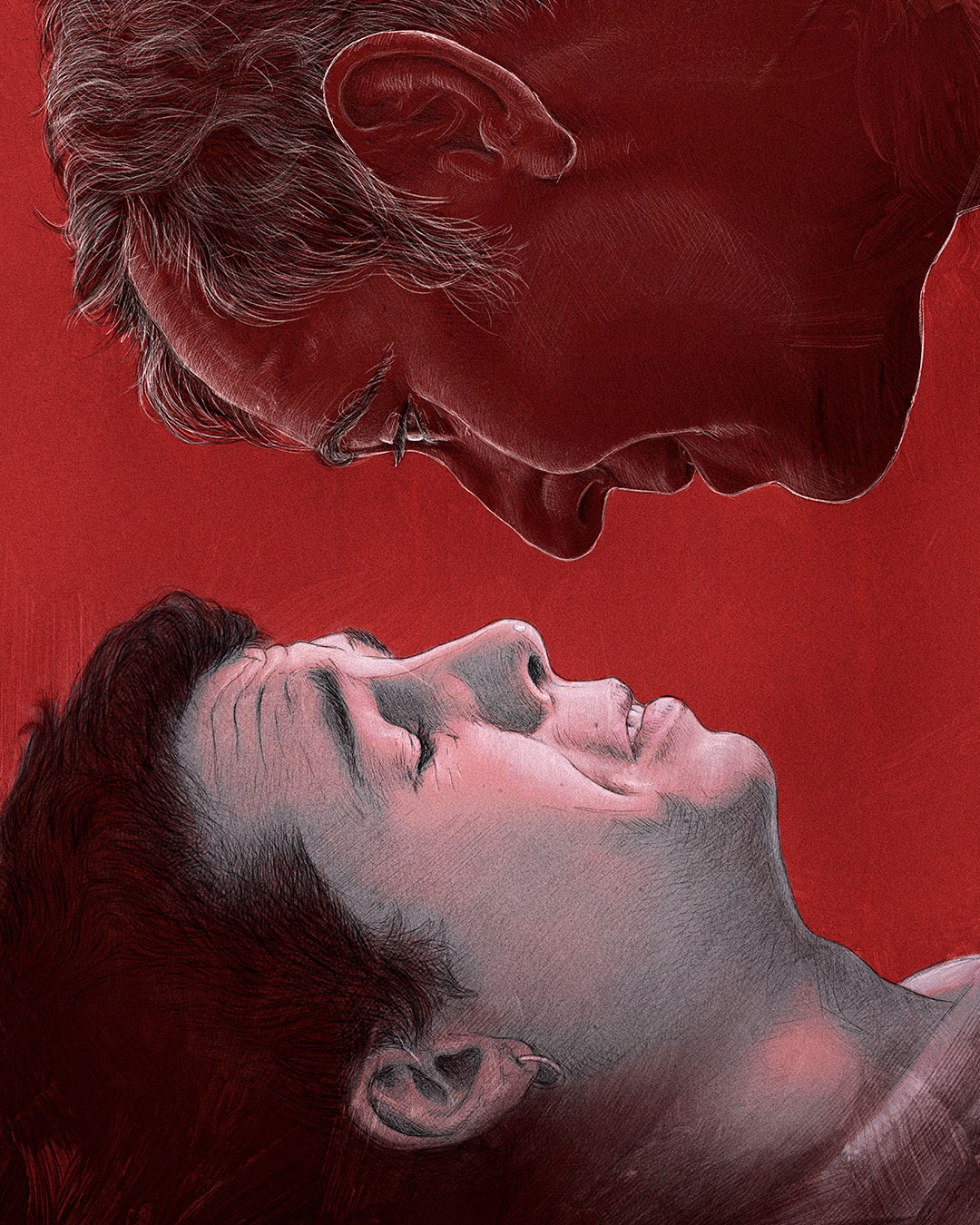 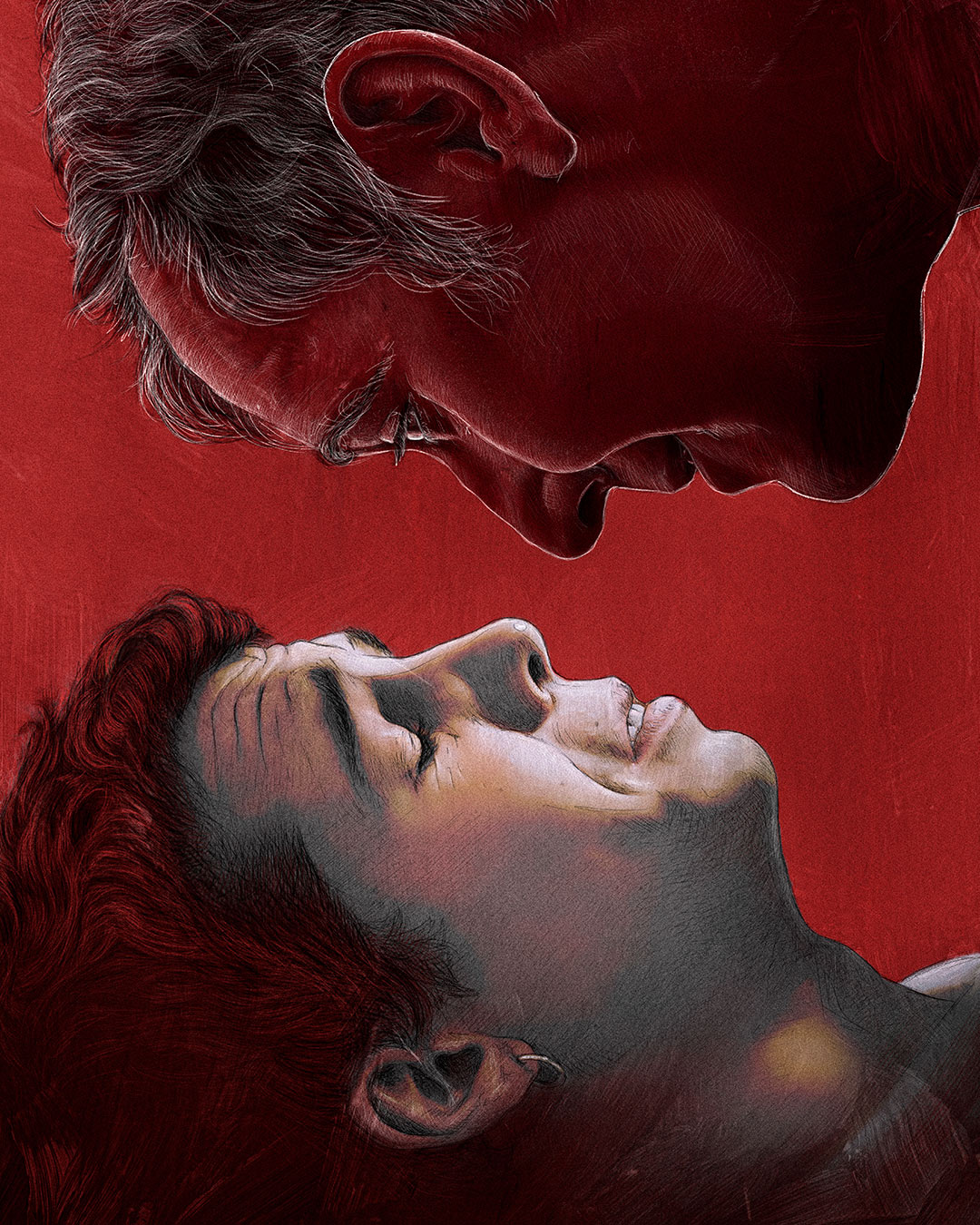 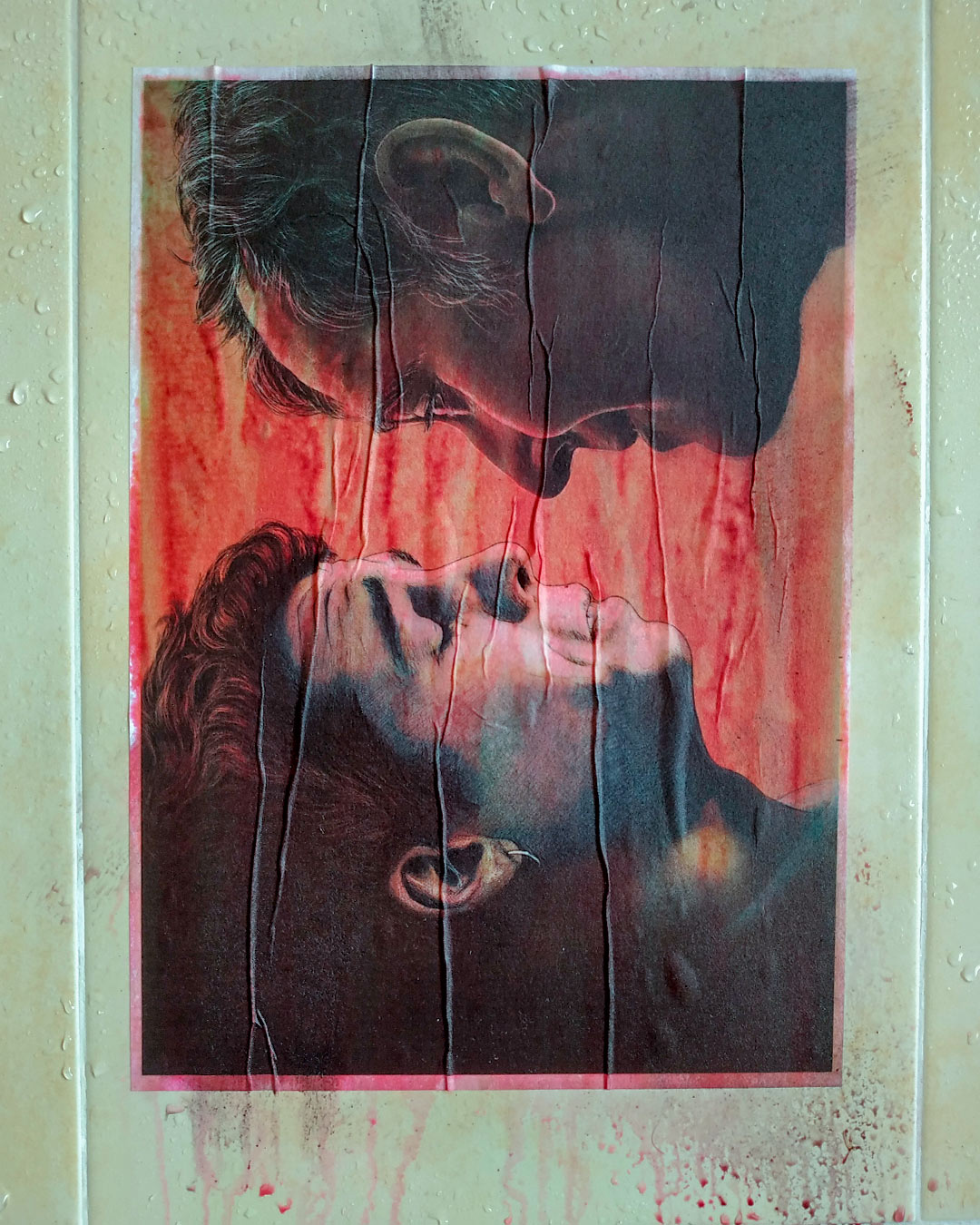 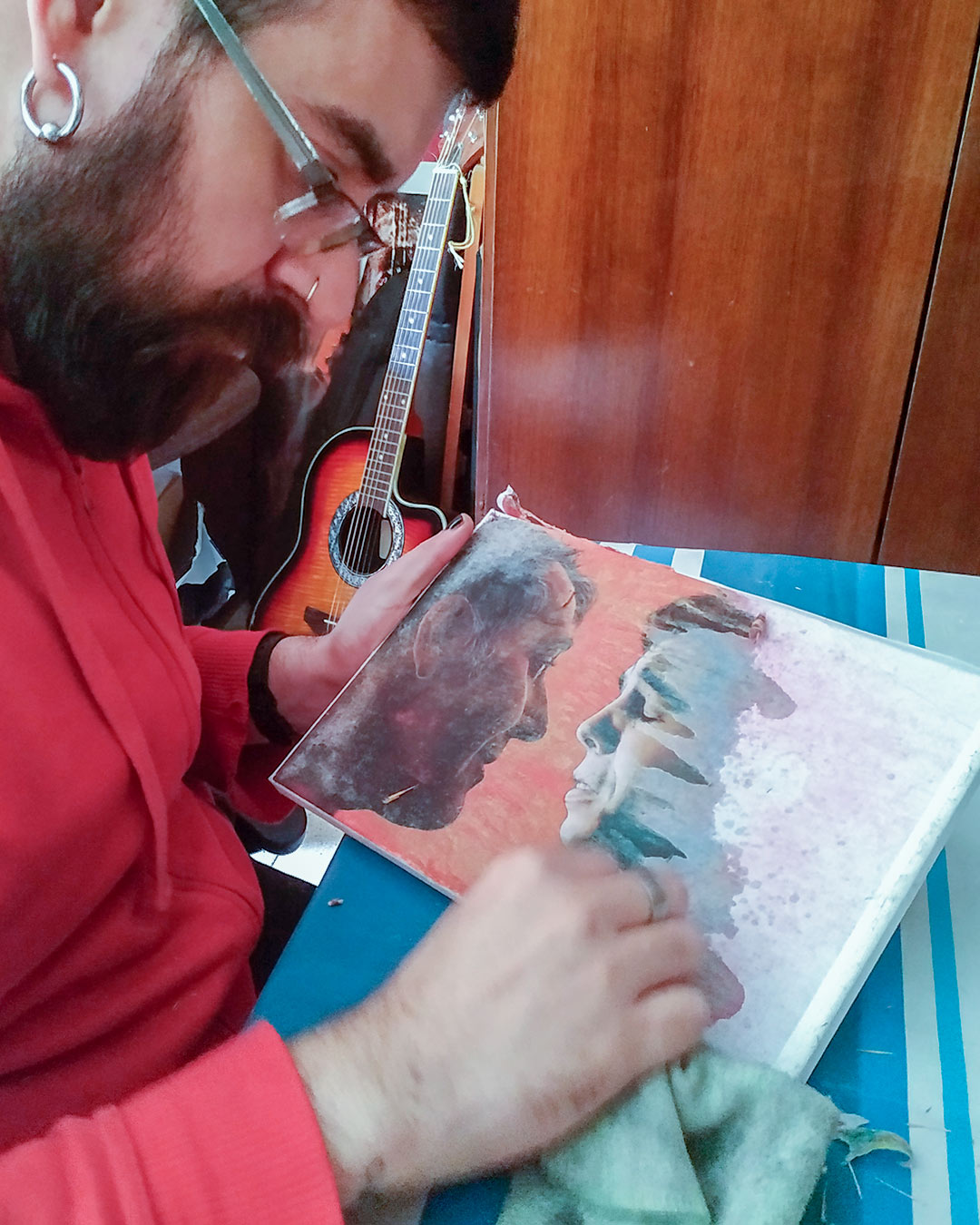 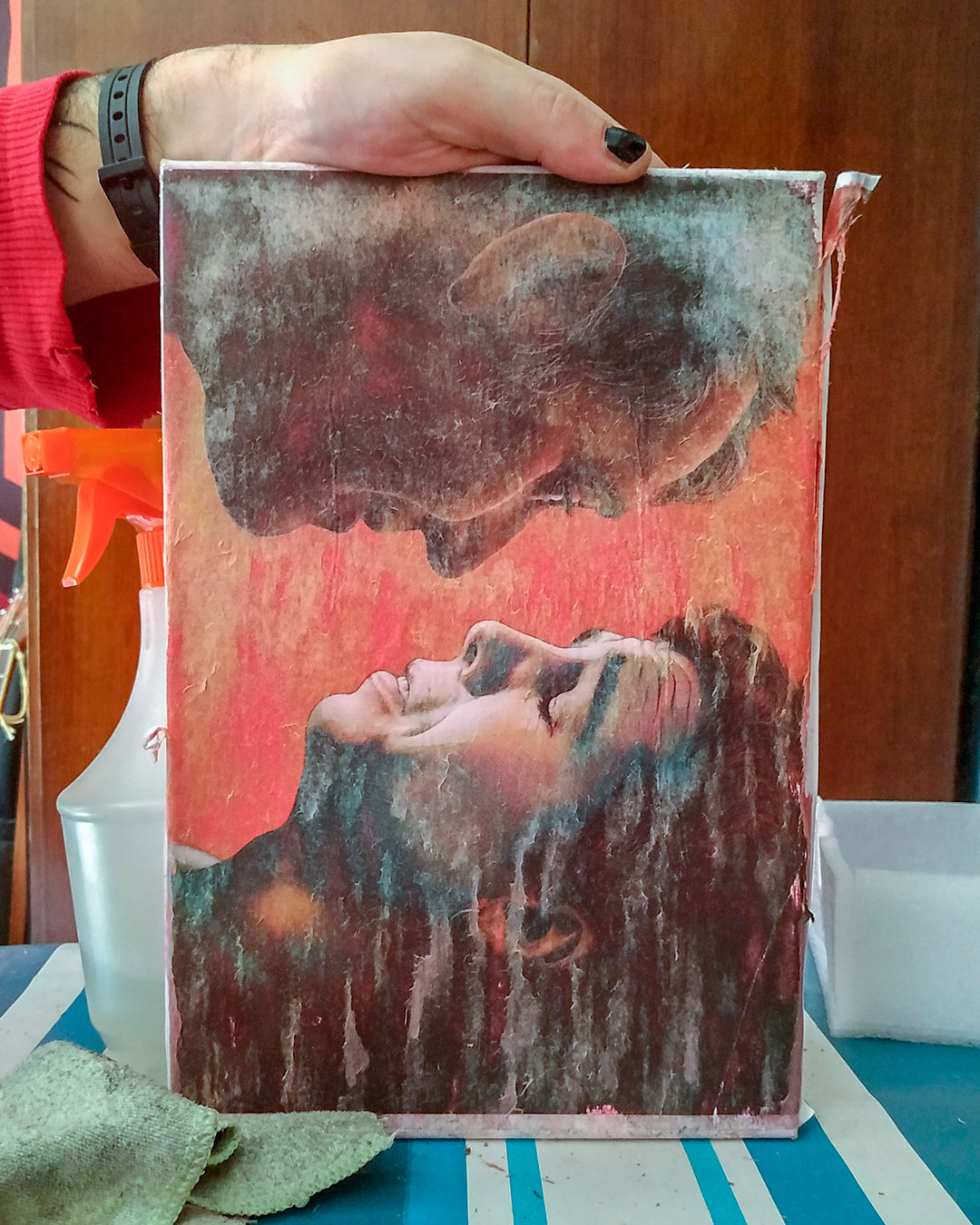 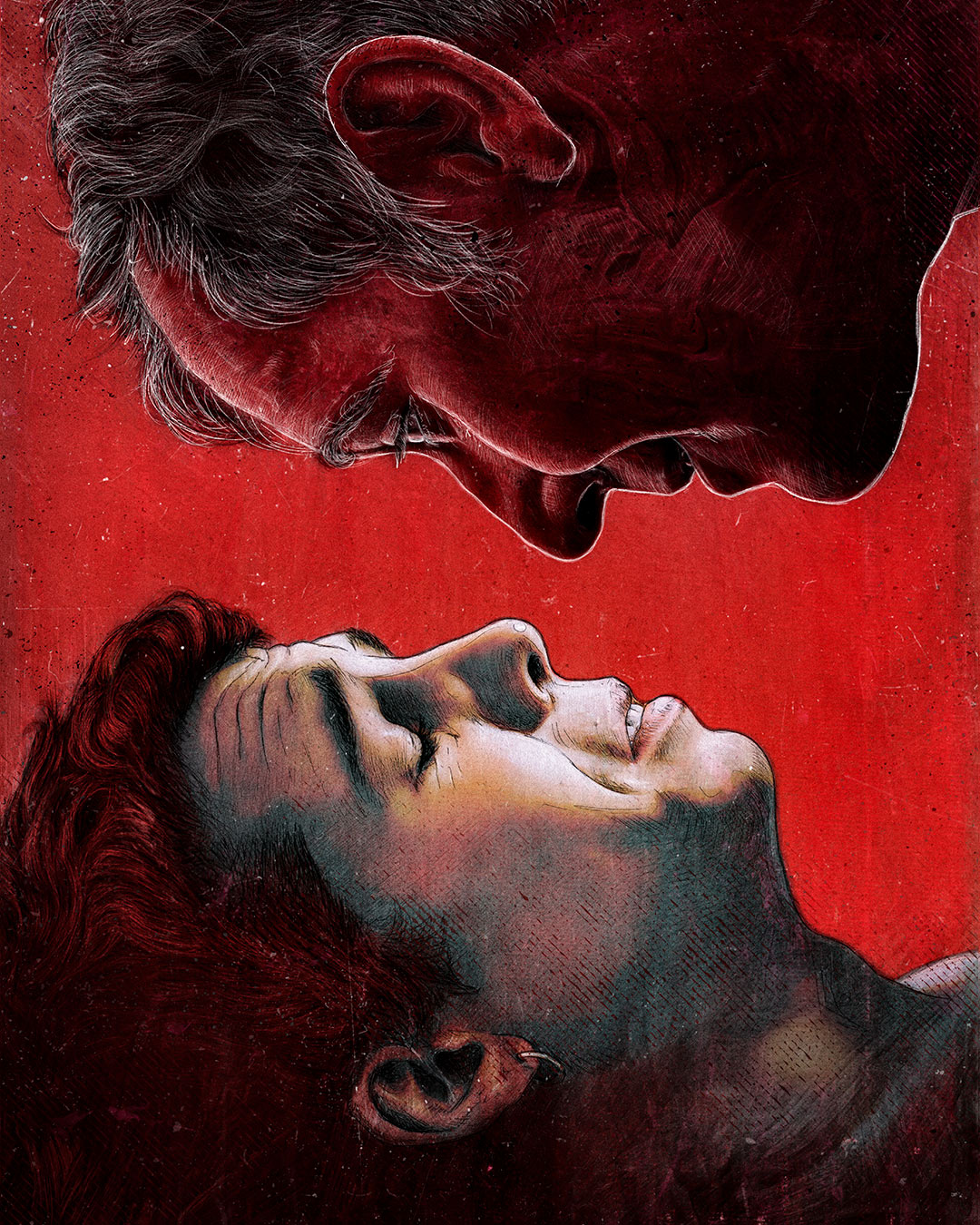 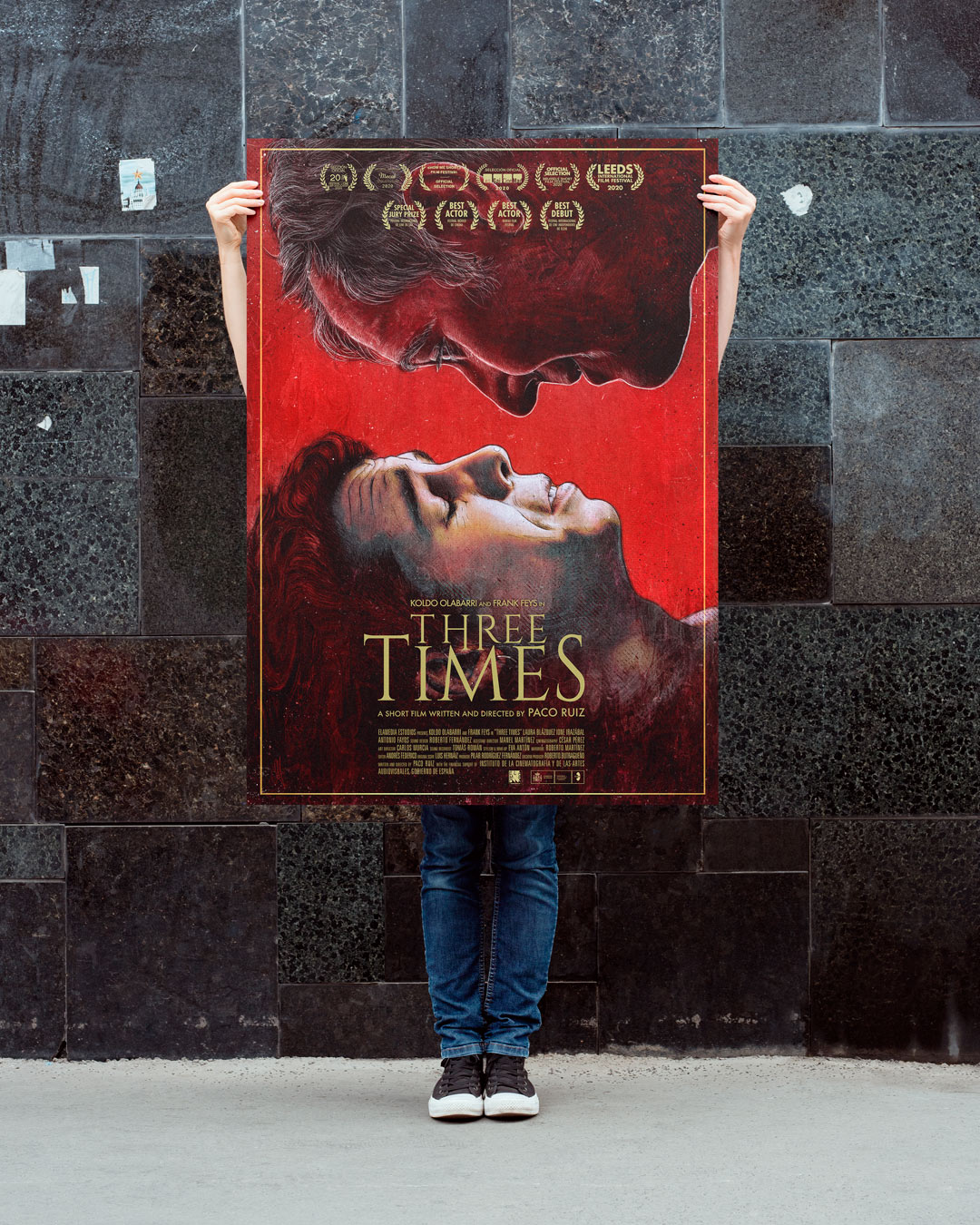 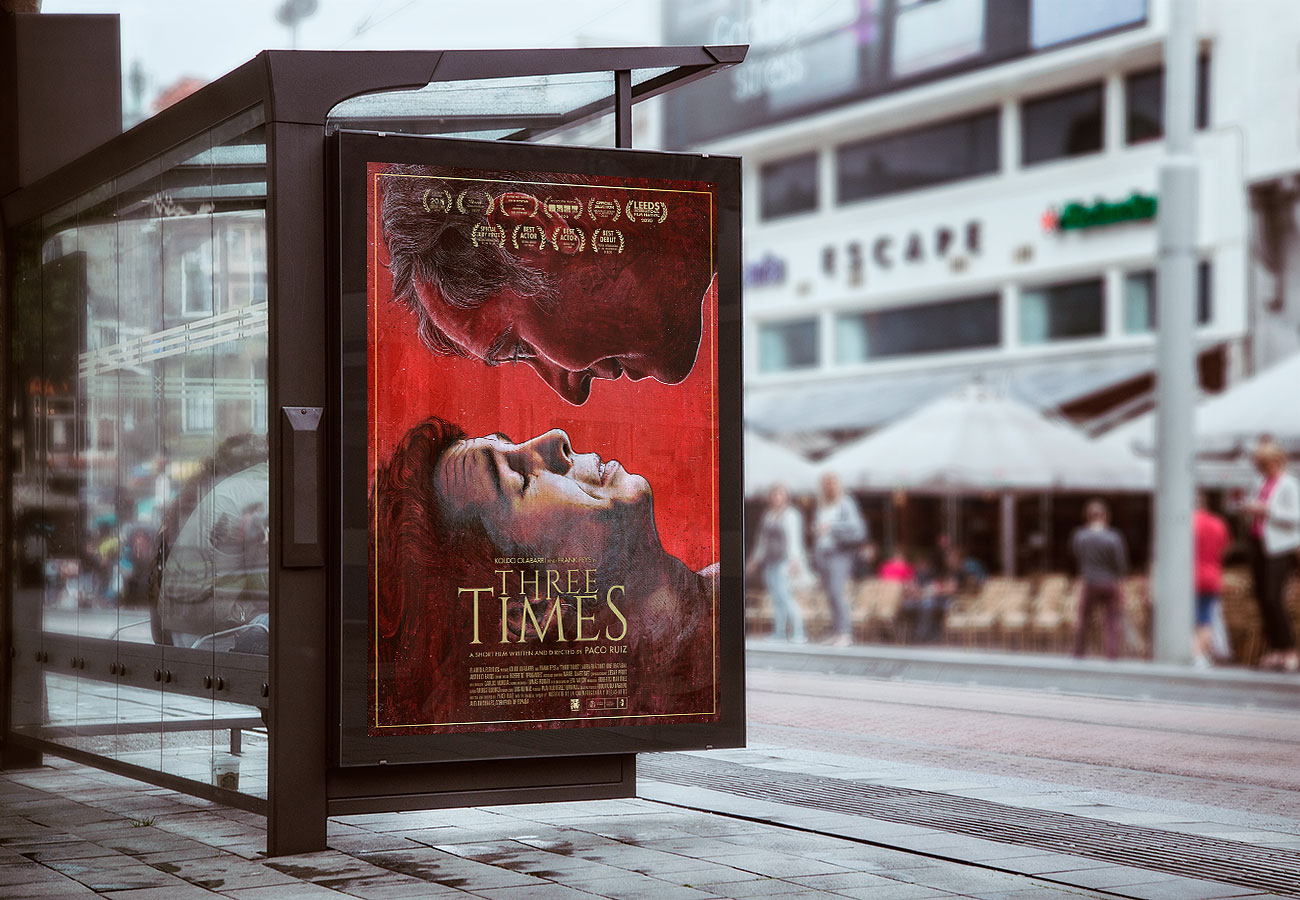 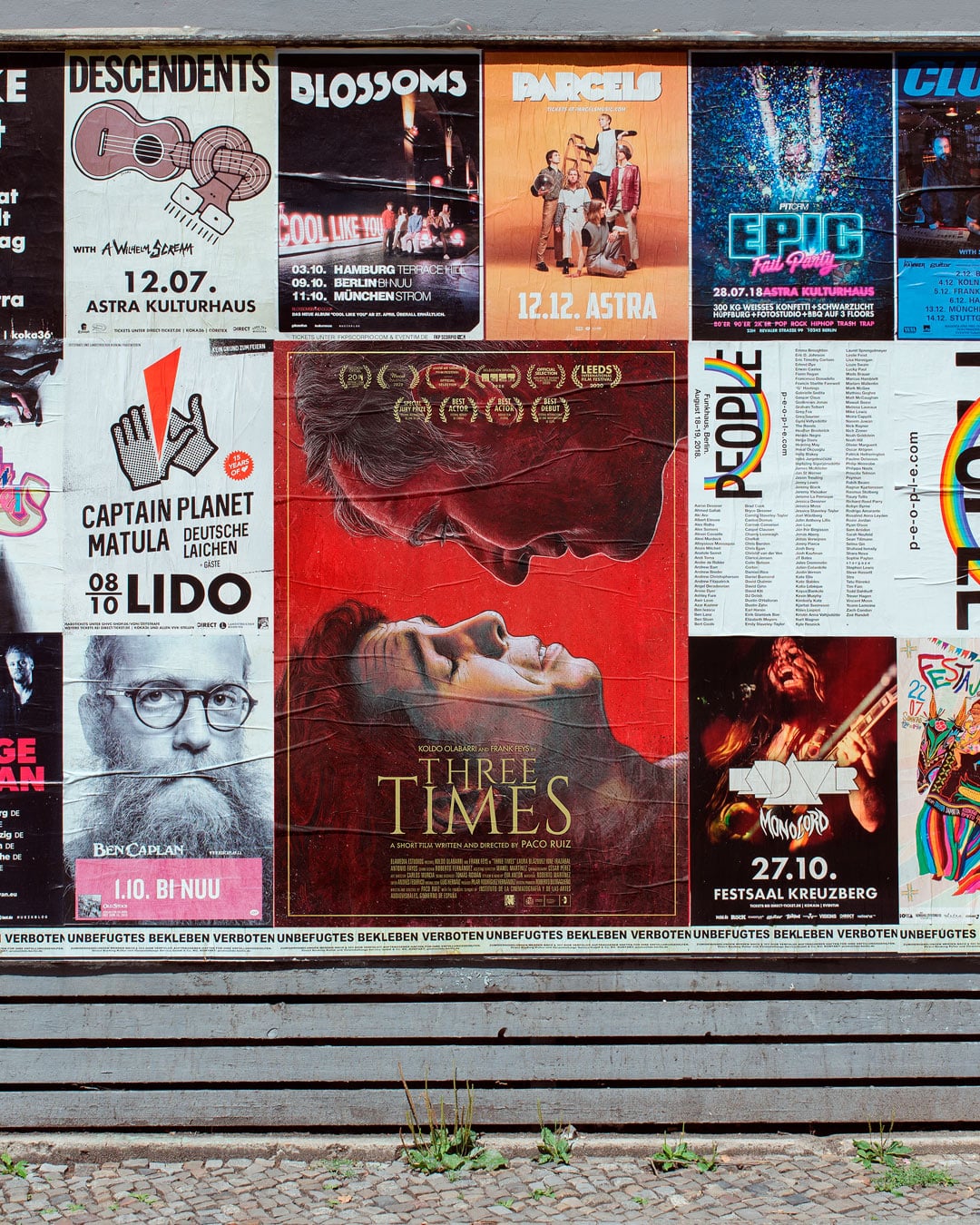